A Memoir of Baseball, fatherhood, and the stadium that launched a dream.

The Fair Grounds Field in Shreveport, Louisiana could be summed up in two words for the Benham Brothers – joy and a dream. That dream brought them to the pinnacle of success and the lessons of failure, both in professional baseball and in a multi-million dollar business. But it was a certain childhood dream and an eventual experience in a beat-up stadium in Shreveport, LA that could only be described as a miracle. Though many years have passed, the testimony of this miracle has given the brothers strength to continue living boldly for their faith.

Many of you know the Benham brothers from the time they got fired by HGTV. They thought a new show with a major network was their chance to do something great for God—something that could influence culture for good. Then the rubber met the road, and they refused to compromise their principles. That’s when they got the old heave-ho and lost the show.

Getting thrust into a media controversy was not exactly what they had in mind for their lives. But God was working behind the scenes, and they knew they could trust Him—because they had seen Him work on their behalf before. The brothers drew strength from an earlier time where God stepped in, peeled back the curtain, and showed His divine hand working in a way that blew their minds.

This is that story. They will admit, sometimes it’s even hard for them to believe—but it’s true. They had seen God work in such a powerful way as young Little League baseball players with a dream of making it to the pros one day that regardless of what happened with HGTV, or anything else, they would not be shaken.

The story in this book has brought incredible strength to them through the years, and they believe it will strengthen you as well. Chances are, you’ll see yourself in this story. At some point in your life, maybe you’ve wondered how God was going to work everything out for you as well. You may even be there right now. Though the details of your story will be different from theirs, the fact is that God is the One faithfully writing your story into History.

So come with us as we take you back to a time in their lives when the most important thing in the world to them was the game of baseball..... 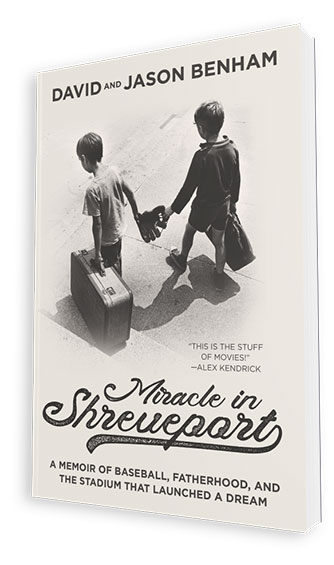 Interviews with David and Jason Benham

Watch the brothers as they share the story behind the book 'Miracle In Shreveport’. 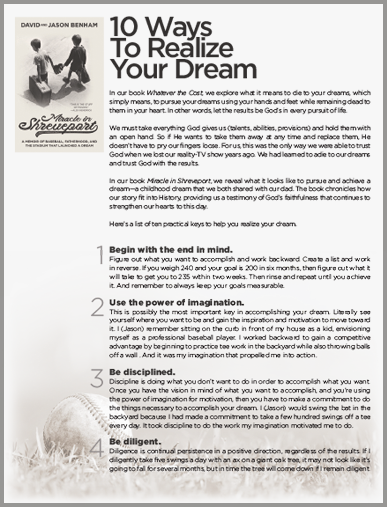 10 Ways to Realize your Dream

In our book Whatever the Cost, we explore what it means to die to your dreams, which simply means, to pursue your dreams using your hands and feet while remaining dead to them in your heart. In other words, let the results be God’s in every pursuit of life. Here’s a list of ten practical keys to help you realize your dream. 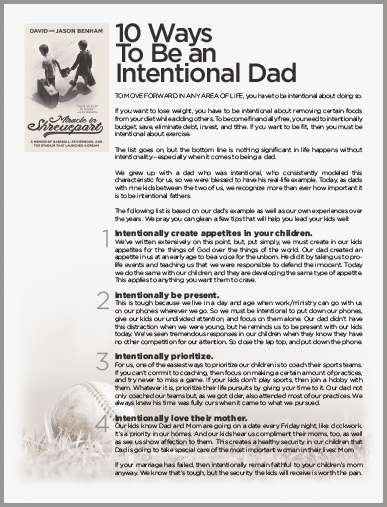 10 Ways to Be an intentional dad

We grew up with a dad who was intentional, who consistently modeled this characteristic for us, so we were blessed to have his real-life example. Today, as dads with nine kids between the two of us, we recognize more than ever how important it is to be intentional fathers. The following list is based on our dad’s example as well as our own experiences: 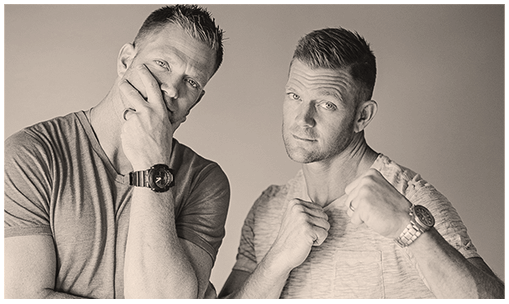 Identical twins, David and Jason Benham, are former professional baseball players, bestselling authors, and nationally acclaimed entrepreneurs. The same timing, skill, & determination that once benefited them on the baseball field catapulted them to the top of the business world. Their first company grew to 100 locations in 35 states and has been recognized by dozens of publications including: Inc Magazine, Entrepreneur Magazine, Wall Street Journal, and others.

The brothers' rise to success earned them a straight-to-series reality television show with HGTV, called "Flip It Forward." Yet it was abruptly cancelled due to their commitment to biblical values. David and Jason hit the national scene as they stood by their convictions and were featured on nearly every major news network in the country. Appearing on Fox News, ESPN, CNN, Fox Business, ABC’s Nightline & Good Morning America, the Benhams continue to stand up for what they believe and encourage others to do the same.

The brothers are happily married to Lori and Tori, with a combined 9 children live on the same street in Charlotte.